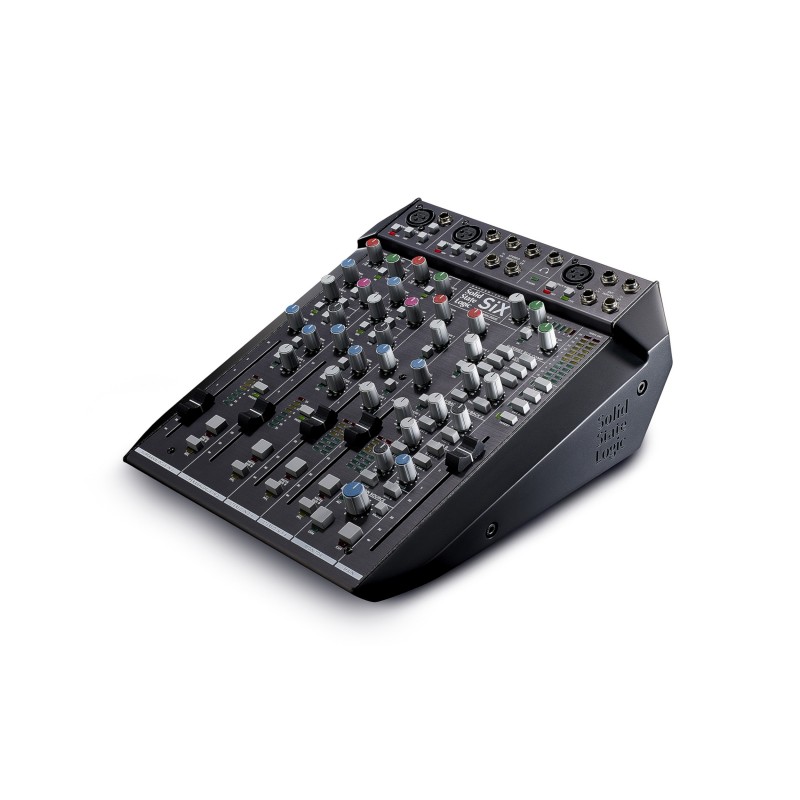 To the casual observer SiX looks like any other compact desktop mixer. Look a little closer and like all SSL consoles, SiX reveals a carefully considered feature set that is driven by an obsessive desire for total flexibility, to encompass every creative eventuality. It may be small but SiX is a classic SSL design.

Legendary SSL studio tools redefined and streamlined
To the casual observer SiX looks like any other compact desktop mixer. Look a little closer and like all SSL consoles, SiX reveals a carefully considered feature set that is driven by an obsessive desire for total flexibility, to encompass every creative eventuality. It may be small but SiX is a classic SSL design. It carries the DNA of 40 years of true expertise in creative studio workflow. Listen to SiX and you will experience the impeccable sonic performance that is the hallmark of every SSL console. It is powerful and intuitive. Inspired and rewarding.

SiX is a condensed professional console for use in the studio, in post-production, on stage, and for podcasting. SiX offers big console sound and an impressive set of utility features in a format that is small enough to stick in a bag a go wherever you need it. SiX is stunning value; it offers two recording channels with SuperAnalogueTM mic pres, two band EQ, an essential one knob version of the classic SSL Channel Compressor, a new two-band Channel EQ, inserts and 100mm faders. There is a two-knob version of the legendary G-Series Bus Compressor on the main mix bus and the unique Listen Mic Compressor on the Talkback. In mixdown mode it is a very capable twelve channel summing system that offers analogue detail, depth and width to your mixes.

The SuperAnalogue™ Sound of SSL
SiX is an SSL SuperAnalogue™ design – it gives you the sonic signature of a large format SSL console on your desktop or in your backpack. Its signal path is fully balanced from front to back on everything except the headphone output. It delivers pristine, detailed audio with wide dynamic range, ultra-low noise, ultra-low distortion and superb imaging.

Two Recording Channels
SiX has two mono channels with SSL SuperAnalogue™ Mic’ Pre’s; these are transparent, fast and have a much wider available gain range than you would typically get on a compact desktop mixer – 66dB of gain compared to the more typical mid-40s or 50dB found in desktop mixers. They have phantom power, 75Hz high pass filter and an independent line-level input which can be switched to instrument level input with high impedance.

Moving down the channel strip we have a brand-new one knob compressor circuit. This design is based on and has the same sound as the classic SSL feed-forward Channel Compressor circuit. It has a program-dependent attack time, a fixed release time and fixed ratio. Simply adjust the threshold, watch the traffic lights flash to see how much compression is happening and rely on the circuit to automatically adjust gain to match input levels. This is a cool-sounding circuit that makes it simple to dial in a consistent level and get signals sitting right in the sweet spot.

Both mono channels have a new two-band SSL EQ that may be independently switched between shelf and bell curves, with different centre frequencies for each type. This approach draws upon the SSL design legacy of specifying response curves and centre frequencies for channel EQ that are immediately intuitively pleasing in their response; these curves and frequencies were selected by our team as the most “musically useful” for a wide range of sources.

SiX has 100mm faders. We spent some time working on alternate fader tapers and settled on a law that gave us the most control over the most useable gain range, making on-stage level control far easier than it would be with a rotary or a 60mm fader as found on other compact mixers.

Each channel has a fully balanced insert point for integrating other signal processors which is after the EQ and Compressor circuits, and like all SSLs the insert send is always active – meaning you can use this as a “dry” record send to your DAW if required.

At the bottom of the mono channels we have an ALTernate input switch which can source 2 extra mono channels from a connector on the rear of the console which can be used at mixdown.

Line Level Heaven
SiX has two stereo input channels with -10/+20 dB trim for line sources such as synthesisers, drum machines, output from soundcards etc. These have their own balance controls and 100mm faders. If only the Left input of a stereo channel is connected (and the right left free) the channel will automatically switch to mono, panned centre.

While SiX might be small it can handle a lot of inputs at mix-down! Using the two mono input and the two stereo input channels gives SiX its name, but we also have two stereo EXTernal inputs (with volume controls in the master section) which can be sent to the mix bus. Include the ALT inputs and we have up to 12 channels that can be summed into the main mix bus.

Master Bus Magic
SiX has a G Series Bus Compressor on the main mix bus. This uses the same circuit design as the legendary SSL Bus Compressor from our larger consoles but with a fixed ratio, attack, and release settings and a more modern quad-VCA chip. The simplified controls make it very easy to get that SSL glue and snap on whatever you push through your master bus. SiX also has a set of inserts on the main mix bus that can be used to bring external processing tools (like SSL Fusion) to your mixdown.

Routing Pro
SiX has a collection of professional routing & monitoring features taken directly from our large format console heritage. It has two Stereo Cue buses (with level and pan controls) for individual artist foldback mixes. The Master Section has main and alternate monitor outputs with a proper monitor source matrix, as well as mono check, dim and cut. The fader channels all have proper PFL and a Mute button that routes the muted signal to a ‘Bus B’. Bus B can be used as a convenient DAW record send but it can also be routed to the monitor matrix. This means that the muted signal can be monitored without it feeding the main mix bus and then switched in to the main mix with the Mute button – perfect for live webcasting because a remote feed can be monitored ‘offline’ and punched in to the broadcast feed. There is a talkback mic’ input with phantom power and SSL’s unique, crunchy Listen Mic Compressor, which of course also serves as a unique processing tool that delivers that classic 1980’s slammed drums sound.

Key Features:
A fully professional condensed console for use in the studio, in post-production, on stage, and for podcasting.

The unique Listen Mic Compressor
Nothing slams drums quite like it! 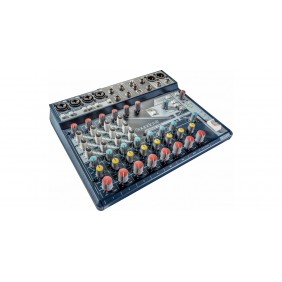 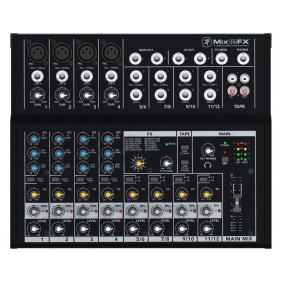 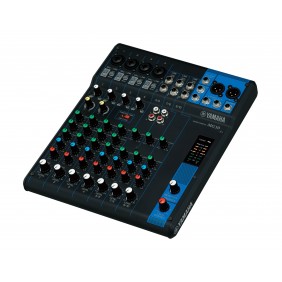 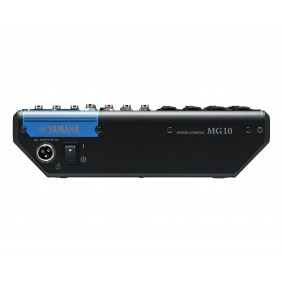 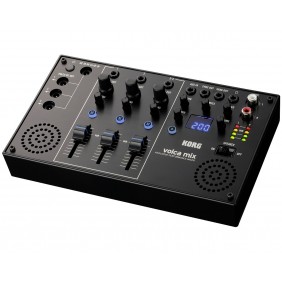 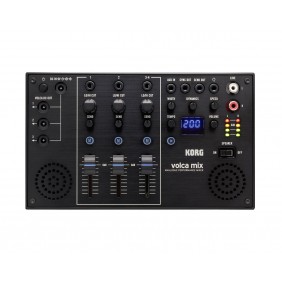 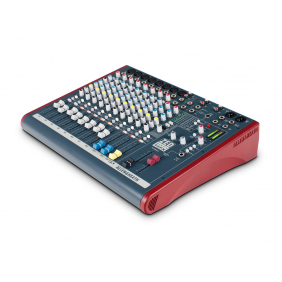 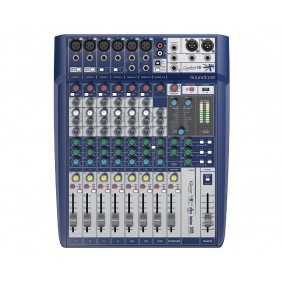 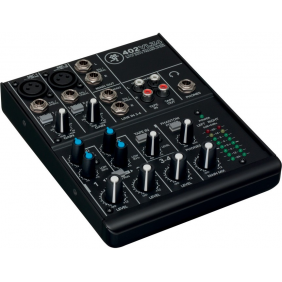 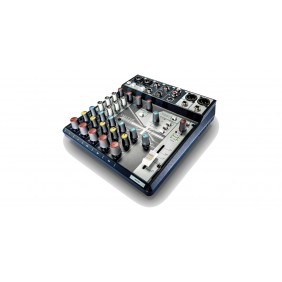 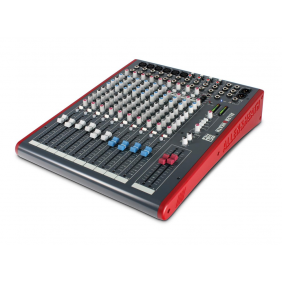 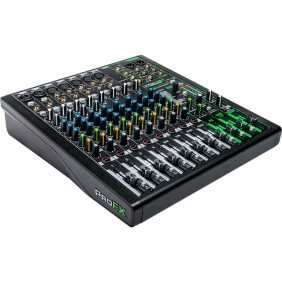 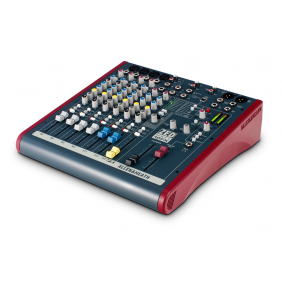 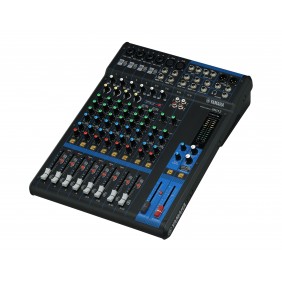 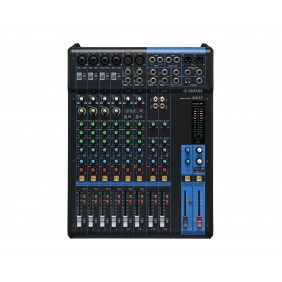 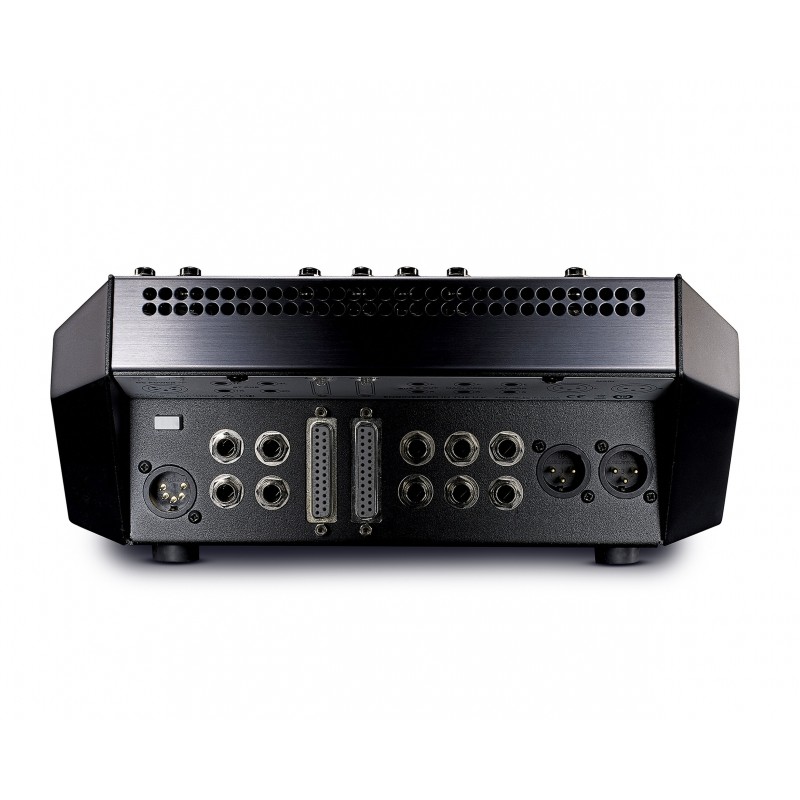 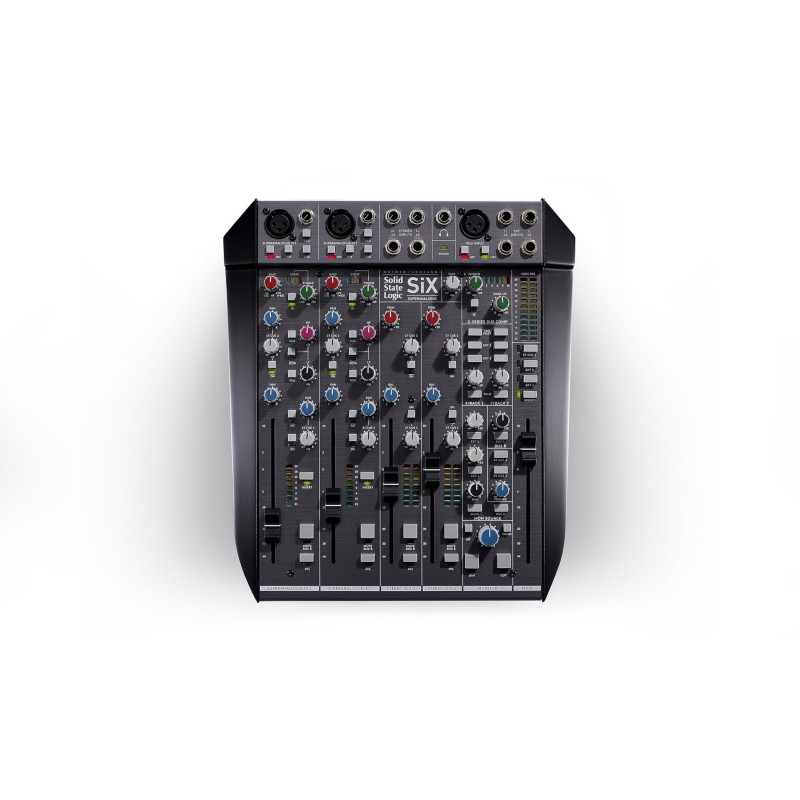